Hit enter to search or ESC to close

Edna Stevens is a choreographer, performing, and teaching artist that has taken her craft locally, nationally and internationally. She has performed and offered instructional dance presentations and performances in Korea, Japan and Nigeria and led Gospel devotions in Senegal. Edna got her start in New York as a dancer on MTV “The Grind” and danced in numerous music videos for well-known celebrities. Soon after, she booked one of her biggest opportunities dancing in the World Culture Expo representing the United States of America in Gyeongju, Korea. She was one of the twenty-five cast members flown in from NYC, performing as the lead African dancer in the production for a period of six months. This life-impacting experience and meeting people from all over the world, inspired Edna years later to create Universal Dance Destiny (UDD). She instructs classes, workshops and residencies at various locations yearly. Born in Liberia and raised in New York, Edna’s unique style blends both her African roots and American flavor. Edna is the founder and Artistic Director of Universal Dance Destiny, a pioneer non-profit dance company based in Minneapolis. UDD specializes in traditional African dance with live drumming accompaniment, Hip Hop, and productions that represent multiculturalism and solidarity. Under Edna’s artistic direction, UDD has presented for Flint Hills Festival at Ordway, Be- Girl Be at Indermedia Arts, Choreographer’s Evening at the Walker Art Center, and yearly presentations at the Festival of Nations- to name a few. Her production of African Roads American Streets at the Southern Theater was a hit in 2006 which led her company to be selected as one of the acts in “Best of the Fringe” at the Guthrie Theater! To see a full list of all the events that Edna and UDD has participated in, refer to our “Events” page on this website.

Edna’s goal is to continue connecting people of all communities through the history, meaning and movement of dance. She has taught Congolese dance to the cast for “Ruined” at the Mixed Blood Theater in Minneapolis- a 2009 Pulitzer Prize winning play that has been performed in various cities such as Chicago and on Broadway in New York. In 2016, Edna Stevens was one of the 37 applicants awarded for a grant from Minnesota Regional Arts Council, out of over 400 applications. The grant allowed Edna the opportunity to study with one of the most reputable African dance Theater Troupes in Benin Kingdom of Nigeria- a very historic state in the most populous black nation of the world. The troupe included her in their major presentations and performances for the Coronation Ceremony for their new King!

Edna has created 5 educational programs that are well-received favorites at educational facilities: 1-Connection of West African Dance into Modern American Hip hop aka D’jembe to Krumpin, 2-History of Hip Hop, 3-Therapeutic Dances of Healing, 4-Traditional Nigerian Dance of Benin Kingdom and 5- Latin Extravaganza! Refer to our “Lessons” page to read more details about these programs. Edna strives to inspire individuals- especially youth to discover their inner talent, confidence and style. She believes that creativity is limitless.

We are delighted to have some of the best instructors in the past and present. Some of our past and present instructors include: Dancing Dave (Popping), Chandara Pen (one of the 1st all B-girl Crew in MN), Joshua Stevens (Popping/Hip Hop Choreography), B-boy Carlos (all elements of Breaking with a specialty in floor work/spins), Takirie (Breaking), and B boy Sean (all elements of Breaking with a specialty in stunts and floor spins), Edna Stevens (Hip Hop for kids, teens, and adult fitness Hip Hop)

Our Ensemble consist of talented drummers and dancers. We perform at various types of events year round. If you are interested in booking drummers exclusively, let us know. A list of the various events we perform for is on the “Schedule/Book Us” page. To view a list of events we have performed at, refer to the “Events” page.

Our instructors prepares betrothed couples for their first dance at the reception ceremony or a choreographed dance entrance for the entire bridal party. 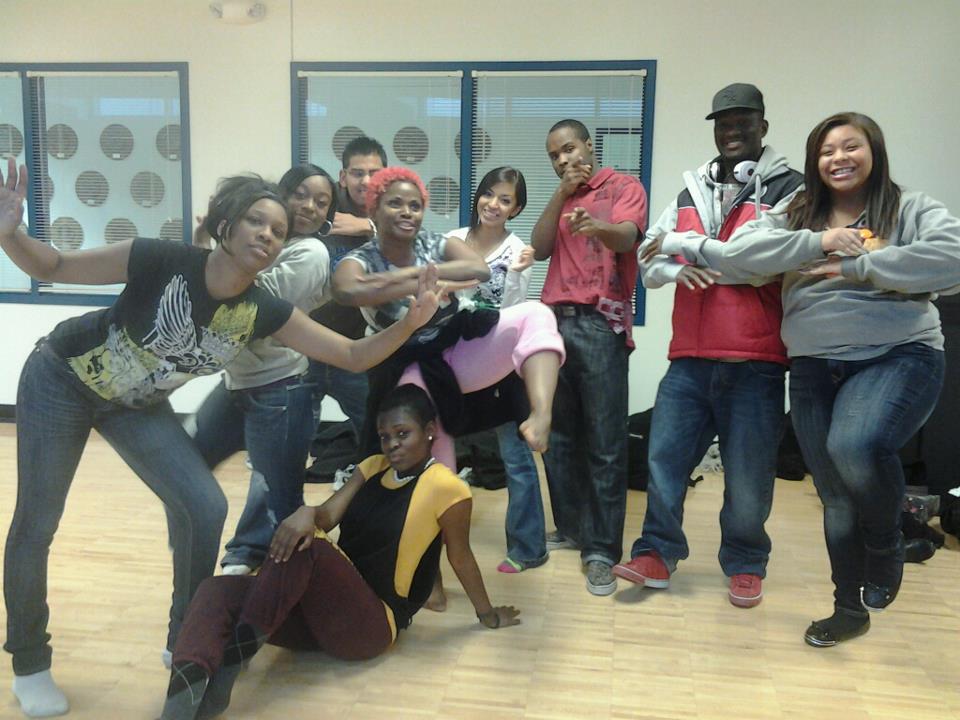